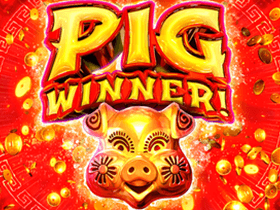 Pig Winner pokies is a 5 reel bonus pokie game with 243 ways to win. Fixed bets range from 30 cents to $15. This Asian-themed pokie game celebrates the Chinese zodiac. The animals from the calendar are in neon colors and stand out against the gold and red background. 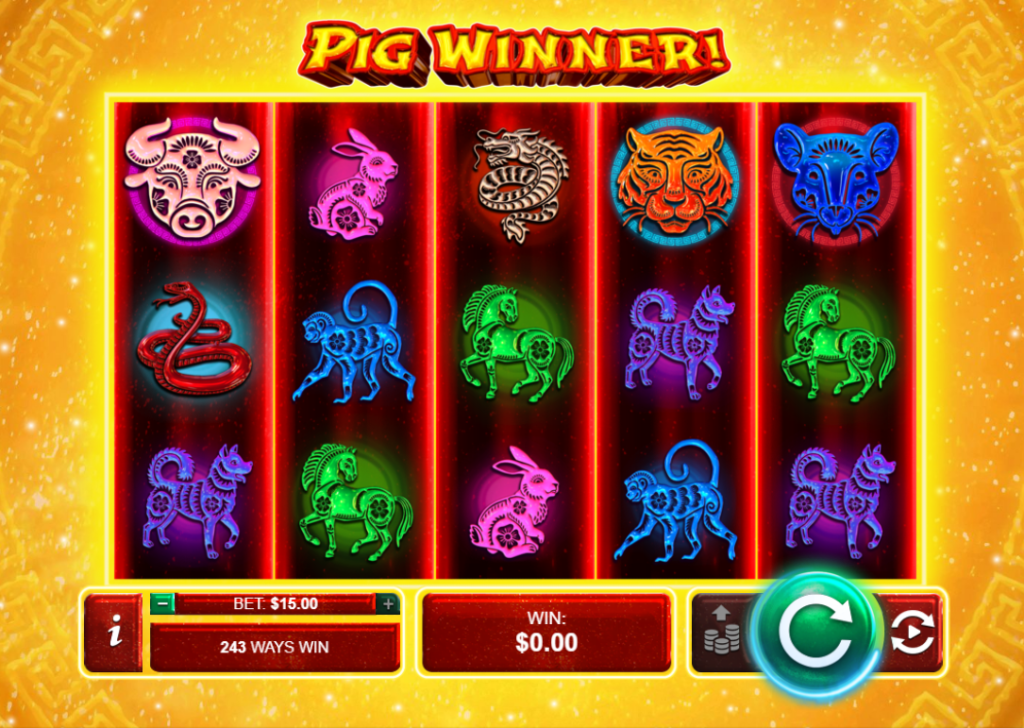 Before you play, you need to set your wager. Winning combinations pay from left to right except for scatters that can be anywhere on the reels in any order. The Rat, Ox, and Tiger pay a prize with two matches, but the others need three matches before you win.

Once you’ve decided how much to wager, it’s time to spin the reels and hope the symbols create matching sets. Here’s what you’ll win when you get the right combinations.

The Golden Pig is a wild that appears on the second and fourth reels. When it’s part of a winning combination, it doubles the prize you win. It doesn’t have a value of its own, however. The other bonus symbol is the Yin Yang Scatter. You get a prize of 2x, 20x, or 200x depending on if it appears three, four, or five times on the reels. Yin Yang is also the trigger for the free spins bonus round.

The Free Spins Bonus Round

Pig Winner pokies isn’t packed with abundant features, but it does pay up to 2,000x per spin. This makes it one of the more rewarding pokies you’ll play. Play it for fun or play for real money on your computer or mobile device.